Chinese Culture Delivered to the Doorstep of Sydney Seniors 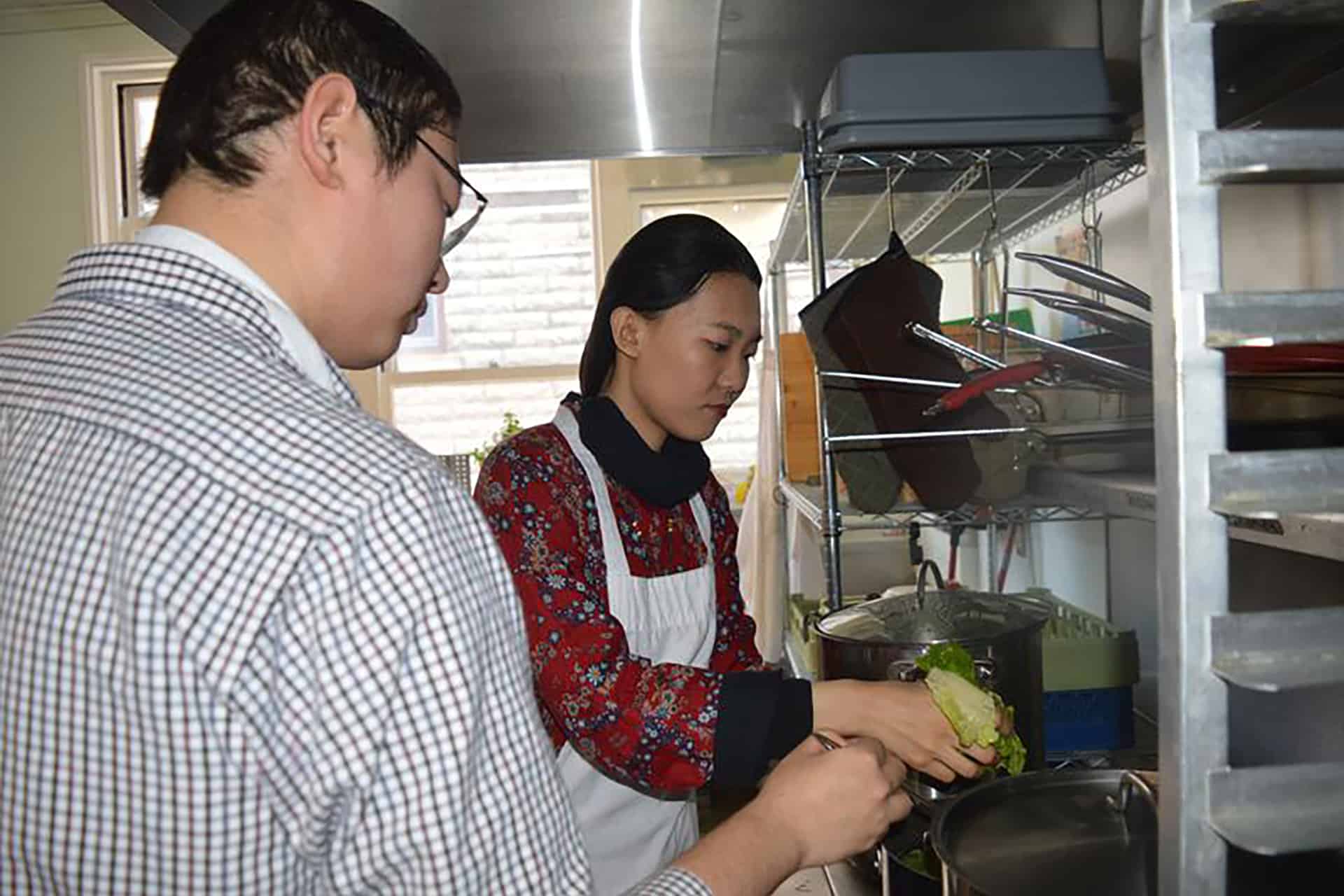 While the New Year’s Eve was celebrated in China and around the world, some Cape Breton seniors were given a chance to share in the spirit of the holiday and Chinese culture through a special delivery project.

In particular, bowls of Chinese wonton soup found their way to Meals on Wheels clients in Sydney on Thursday, courtesy of some international students at Cape Breton University (CBU).

“As a Chinese student, an international student, we want to engage in society and we want to share our culture and love with the society,” said Mike Guanming.

“We took this special day, Chinese New Year’s Eve, to do this project, to share our happiness and love.”

Guanming was one of two students at the Shannon School of Business to come up with the special meal project idea as part of a newly formed non-profit group known as HiImGroup (pronounced like Hi, I’m Group).

The group’s goal is to establish a local Chinese community and promote cultural integration.

“It’s not that easy for an international student to come here to learn language and try to engage the community,” he said.

“It’s kind of hard. I started to engage the community from summer of last year. I tried to make lots of efforts and finally I could get all the connections to make this happen.”

The online group’s membership grew to about 1,000 people shortly after it was formed. They took their project offline and into the community as part of attempts to “bear more social responsibility” and to promote cultural integration.

That’s where New Dawn and the Meals on Wheels program came in.

Numerous students offered to volunteer to make the wonton soup for the community outreach and six were chosen to create the handmade wontons at a kitchen at CBU.

They moved the project to the New Dawn kitchen on Thursday to add the rest of the ingredients to the soup prior to its lunchtime delivery.

“They seem to know what they are doing and our clients are always enjoying something new that we offer,” said Coady Ross, the head cook for the Meals on Wheels program, on Thursday.

“We try to spice things up so they don’t get too many of the same things too often, so I think this is going to be a nice treat for them.”

Last year, New Dawn opened its own kitchen for the program after previously contracting out meal preparation.

Claire Turpin said that has opened up new opportunities for meal planning for clients, including the addition of their international wonton soup-making guests on Thursday.

“This is our first time but it is definitely something we want to do more of,” said the community kitchen program manager.

“If we can get a celebrity chef in and kind of take over and do something special with the meal it is going to make our clients feel better and it is going to add all kinds of good quality to our program. That’s what is really exciting about it.”

Along with each soup delivery on Thursday was information on the Chinese New Year and a note from the students indicating who prepared the soup and why.

The HiImGroup has also been involved in other community cultural projects, including elementary school classroom visits.